We just launched a fresh new Kogito Tooling release! 🎉 On the 0.7.0 release, we made a lot of improvements and bug fixes.

This post will do a quick overview of those. I hope you enjoy it!

We introduced Backend support on Kogito Tooling. Developers can now augment their editors’ capabilities by connecting backend services through an infrastructure included in Kogito Tooling.

Lots of possibilities of executing code outside the client are enabled/facilitated with this new infrastructure, such as calling a java local backend service, reaching an HTTP endpoint, triggering a command in the terminal, to name a few.

See full details of this important innovation in this blog post from Guilherme Caponetto.

We introduced a read-only version of our DMN Editor that will be really useful during PR reviews and also in your future embedded editors. Take a look at this feature on our chrome extension.

This improvement enables you to better organize DMN decision models with many decision requirements by dividing the model into smaller nested DRDs.

Check this post to understand this feature in detail.

Notice: in some use cases, when your DMN model contains multiple decision requirements diagrams, you may face some validation errors that prevent the execution. You can put the kogito.decisions.validation=DISABLED property into the application.properties to disable model validation and successfully execute the model. This issue won’t be present on Kogito Tooling 0.7.1 (end of October) — KOGITO-3571.

We also added on DMN Editor, a new feature that enables PMML file imports inside DMN Editor. In a similar way we import external DMN files. 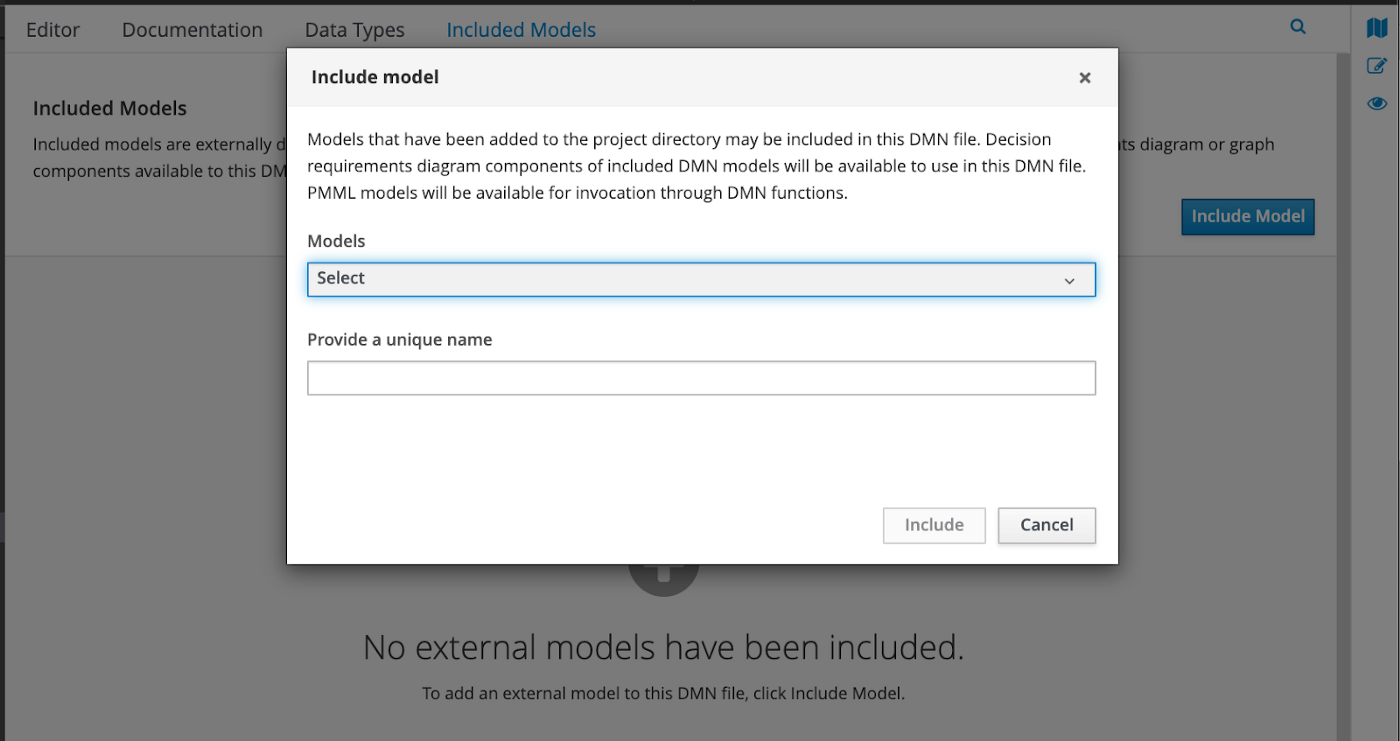 A PMML file can be linked to a DMN file using the “Included Model” tab. Pressing the Include Model button, a popup with a selection box containing all PMML and DMN files inside the same directory of the opened DMN file should appear.

The process designer now provides syntax highlighting and error checking capabilities when working with scripts, for example, in the case of a Script Task.

Node name editing has been made more fluid with the new Inline Editor. It is possible to edit text directly on the nodes without floating boxes or confirmation buttons by double-clicking any node. For applying changes just hit “Enter” or click outside of the node and for canceling hit “Esc”, while editing.

We also made a lot of refactorings and improvements, especially to allow our internal APIs’ extendability.

If you are curious about the history of Kogito Tooling and how we created this technology, I would like to recommend two links for you:

I would like to thank everyone involved with this release from the awesome KIE Tooling Engineers to the lifesavers QEs and the UX people that help us look awesome!